On 16 November we are releasing an issue of stamps depicting the two species of turtle that are found in BIOT and celebrates the conservation research that is being done there by Swansea (UK) and Deakin (Australia) Universities.

The research group, led by Nicole Esteban (Swansea) and Graeme Hays (Deakin), is assessing the status of these nesting populations and threats. As part of this research, the team is using satellites and tags to track the turtles so that the full extent of their range can be identified, allowing targeted conservation management at key sites across the ocean basin. Initial results have been staggering, with some females that nested in BIOT travelling over 4,000km to mainland Africa to feed outside the breeding season. These findings show how academic and governmental collaborations across nations are needed to fully protect sea turtles. Together with the stamps we are releasing a tri-fold information leaflet about the biology of sea turtles in BIOT – BIOT Turtle Stamps Leaflet.

You can buy these stamps and their First Day Covers from the BIOT Post Office online: http://www.biotpostoffice.com/index.asp 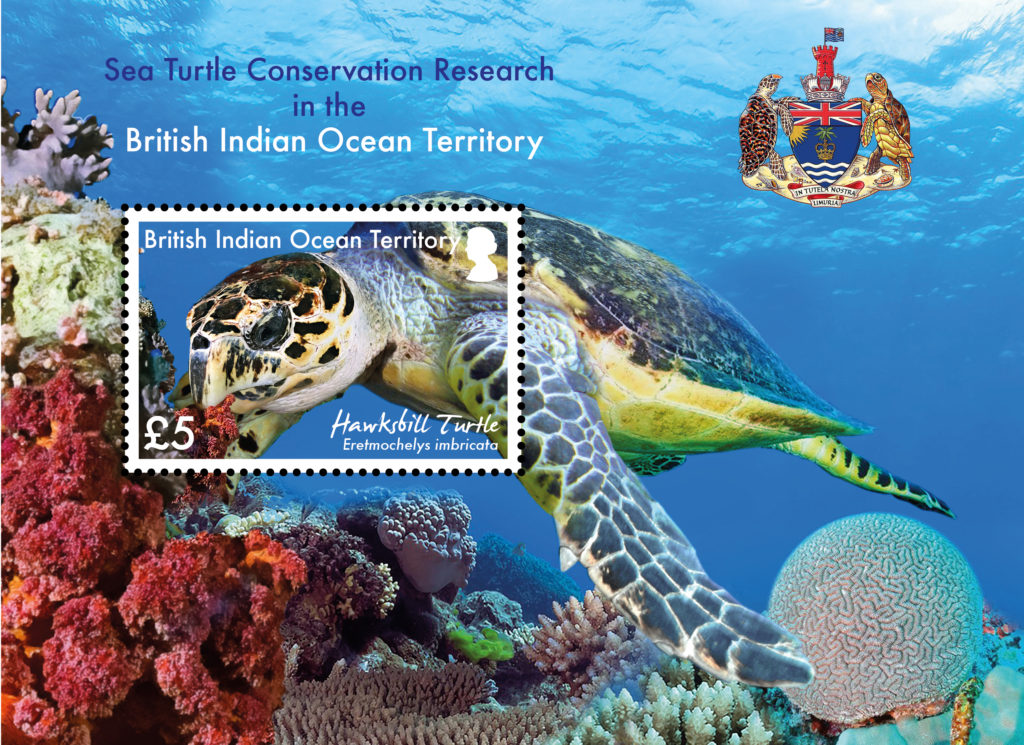