Design a Stamp Competition for Children

Year of the Reef: Design a Stamp Competition

2018 is the Year of the Reef and to celebrate, we are running a competition for children aged 4 – 17 years old to design an official postage stamp for the British Indian Ocean Territory. The design theme is “Why are coral reefs and oceans important?”. Four lucky winners will have their very own drawings featured on official stamps.

The closing date for design entries is 11 May 2018. You will need to create your design on the official entry form and send it in with a consent form, which must be filled out by a parent or guardian.

These are the forms you need for the competition:

The competition prize will be having your design featured in the “Year of the Reef” issue of stamps for the British Indian Ocean Territory. There will be four winning designs, one from each of the following age categories: 4-6 years; 7-9 years; 10-13 years; and 14-17 years. Each winner will receive a framed copy of the first issue First Day Cover (featuring all of the winning stamps) together with two unframed First Day Covers and a certificate from the Commissioner of the British Indian Ocean Territory.

If you would like to see some previous issues of British Indian Ocean Territory (BIOT) stamps, you can find them here.

We look forward to seeing your creative designs which show why you think coral reefs and oceans are important. Please post all entries via Royal Mail to: the British Indian Ocean Territory Administration, Overseas Territories Directorate, Foreign and Commonwealth Office, King Charles Street, London SW1A 2AH. If you need to courier your entries, please contact BIOTAdmin@fco.gov.uk for further details, due to the restrictions on deliveries to the FCO.

Have a look at our video page for some short films about the environment and wildlife of BIOT: https://biot.gov.io/about/videos/

Read on for some more information on coral, reefs and the British Indian Ocean Territory.

Coral reef environments have the highest biodiversity (variety of plants and animals) of any marine habitat and they can be described as one of the most beautiful marine ecosystems. They are also important for their wave-resistant structure and the shelter they provide to coastal areas. Many communities across the world depend on coral reefs for their livelihood. Although they take up just 1% of the marine environment, they support over 25% of fish species in the ocean.

You may think that coral reefs are just rocks but they are actually living organisms. They are tiny little animals called polyps. When polyps die, they harden and new polyps grow on top of them causing the reef to grow.

Polyps need to eat to stay alive and eat tiny animals (plankton) as well as algae. This algae gets food from the sun by using photosynthesis and so this is why coral reefs form close to the surface of the water and in clear water where the sun reaches.

Coral reefs in the world are being destroyed: they grow at a very slow rate and are dying faster than they can grow. Much of the damage is caused by humans, mainly from pollution, overfishing and climate change. Tourists too can damage the reefs by standing on them, touching them, or with their boats.

The British Indian Ocean Territory (BIOT) is a large and isolated atoll complex, with over 50 small islands and many coral reefs. These islands in the archipelago were formed from coral sand and rock after the last ice-ages.

In 2010, the UK Government created one of the largest Marine Protected Areas (MPA) on the planet inside BIOT. All commercial fishing was stopped inside the MPA, which is 640,000km2 of the Indian Ocean. This unique and special place is a safe refuge for 310 species of coral, 821 species of fish and 355 species of molluscs, some of which are found nowhere else in the world.

Healthy Reefs – the Importance of Sharks

Over 60 species in BIOT are on the International Union for the Conservation of Nature’s (IUCN) ‘red list’ – species which are of global conservation concern. Many of these globally threatened or vulnerable species are sharks. At the top of the food chain, scientists think that these beautiful predators play a fundamental role in maintaining healthy coral reefs. However, on reefs without sharks, numbers of their prey species, also known as mesopredators (fish in the middle of the food chain), increase. This may seem positive, but scientists have found that where there are less sharks there are also less herbivorous (plant-eating) fish, because the increased numbers of mesopredators consume more smaller fish and their larvae. The real impact of all of this is felt at the bottom of the food chain where the herbivores, such as parrotfish, maintain coral reef growth by eating algae: without these fish grazing, newly growing and small corals are vulnerable to being smothered by overgrowth of algae. Although many species of shark are globally threatened, those protected by the BIOT MPA are able to contribute to supporting vibrant and flourishing reefs.

Further information on the International Year of the Reef: https://www.iyor2018.org/ 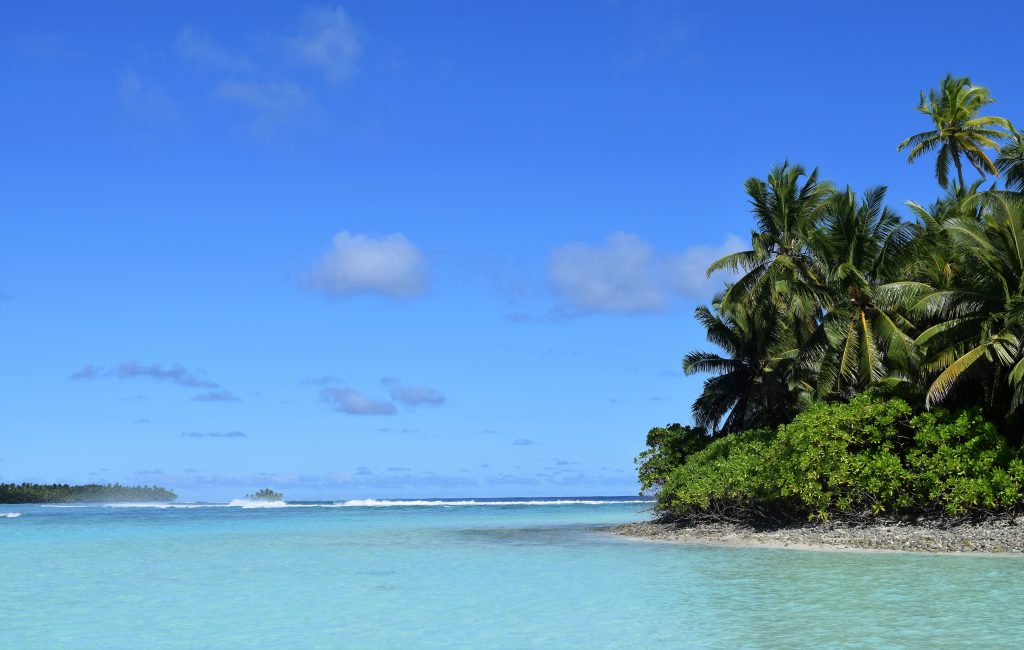