On 11 November, to mark the Armistice at the end of the First World War, the British Indian Ocean Territory Administration is releasing a set of four stamps and a first day cover portraying different elements of the war:

2018 marks the centenary of the end of the First World War, a conflict of an unprecedented scale. It involved people from every continent and resulted in nine million deaths. For the first time in a major war, deaths from battle injuries exceeded those from disease. The four years of war brought innovations in terms of warfare – the introduction of the tank, chemical warfare and the further development of the aeroplane. New weapons required new countermeasures; steel helmets, gas masks and anti-aircraft guns. Yet it also saw progress in medicine – the development of plastic surgery, x-rays, blood transfusions, antiseptics and anaesthetics amongst others.

Aeroplanes and tanks were not the only significant means of transport in a war that alternated between movement and static fighting. In spite of mechanisation, horses, mules, bicycles and canal boats were still necessary for moving men and materiel. The war at sea is often forgotten in the perception that the war was all fought in the trenches. But ships enabled men and goods to move between continents, making it a truly global war. The naval blockade prevented vital foodstuffs from reaching Germany and unrestricted German submarine warfare threatened the Allies.

Due to the lack of radio communication links with Britain, it took months for the garrison in Diego Garcia receive notification that war had commenced. They were certainly unaware of it when on 5 October 1914 the German raider ship SMS Emden pulled in to the island. The ship remained there for a week for repairs and to restock on coal, and then departed to continue its attacks on other vessels.

The First World War changed the nature of warfare and brought medical advances. But its impacts on cultural habits – the popularisation of wrist watches, and the first pilotless drone, and on technology – the creation of synthetic rubber, and ultrasound devices – can still be felt all in everyday life all over the world, even when their origins have been long forgotten. 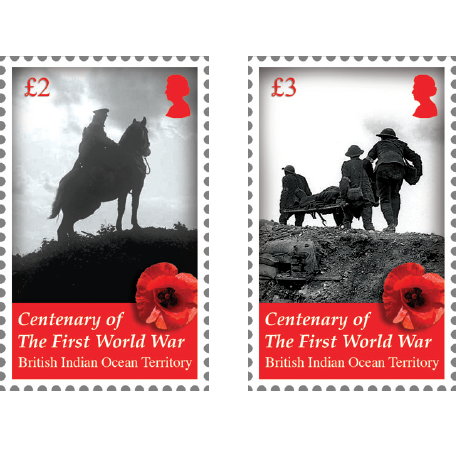