The British Indian Ocean Territory has some of the most biodiverse waters on the planet with over 220 species coral, 855 species of fish and 355 species of molluscs. To ensure the future protection of this unique environment the BIOT Commissioner declared a 640,000 km² ‘no-take’ (where all commercial fishing and extractive activities are prohibited) Marine Protected Area on 1 April 2010. This decision doubled the previous global no-take area, as well as providing protection to approximately 1.5% of the total global area of near-surface coral reefs. 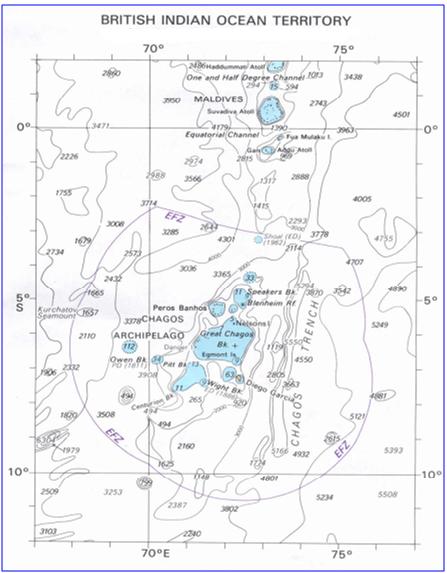 In March 2015, following litigation brought by the Republic of Mauritius, the Marine Protected Area was the subject of an award by an Arbitral Tribunal constituted under Annex VII to the United Nations Convention on the Law of the Sea. Its Final Observation was:

“In concluding that the declaration of the MPA was not in accordance with the provisions of the Convention, the Tribunal has taken no view on the substantive quality or nature of the MPA or the importance of environmental protection. The Tribunal’s concern has been with the manner in which the MPA was established, rather than its substance. It is now open to the Parties to enter into the negotiations that the Tribunal would have expected prior to the proclamation of the MPA, with a view to achieving a mutually satisfactory arrangement for protecting the marine environment, to the extent necessary under a “sovereignty umbrella”.

BIOT’s unique reefs and coral atolls, which include the Great Chagos Bank, the world’s largest coral atoll, are in exceptionally good condition. Coral disease is very low and no marine invasives have been recorded in BIOT waters. Such excellent coral health helped corals in BIOT to recover much more rapidly than corals in the surrounding Indian Ocean, after a widespread ocean warming event in 1998 caused up to 90% coral mortality across the region.